‘One of the world’s leading motorcycle authors’ 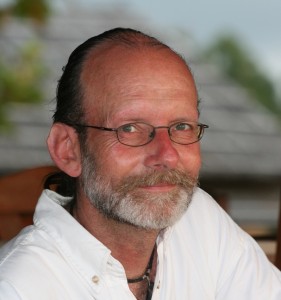 Adventurer and author Sam Manicom has been travelling pretty much since his return to the UK from Africa with his parents. He was born in the Belgian Congo where his parents worked, and lived through the two rebellions that preceded the change of this West African country’s name to Zaire. They brought the family home to England when he was ten years old. Sam subsequently travelled using various forms of transport including bicycle, sail, and train, and has hitchhiked in many parts of the world.

Returning from his last trip, Sam now works full time in the world of adventure travel. He’s a keen advocate of motorcycle travel in particular and when not writing his books, magazine articles and conducting multimedia travel presentations around the UK, mainland Europe and the USA, he’s very much involved with travel related organisations.

I want to do all I can to share the fun of the road and to encourage others to go out and live their dreams. When a person travels they discover who they really are, what they can achieve, and so much more. The moment a person’s senses are brought alive, an adventure starts to be a success. 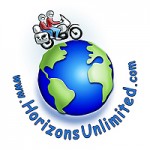 From 2006 until 2015 Sam worked as one of the main organizers of the world’s largest adventure motorcycle travel meet, run by Horizons Unlimited each year in the UK. 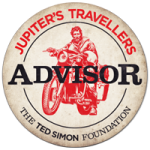 In 2011, Sam joined the team of advisors working with travellers supported by The Ted Simon Foundation.

I had to learn about book writing the hard way – there were few people in the world of publishing whose knowledge I was able to tap into. I’m delighted to have the opportunity to help other travellers get more out of their adventures, and to learn how to get their work published. We live in a stunning world that’s full of surprises, and what better way is there for a person to share those experiences than to write and publish a great book. The Ted Simon Foundation is the perfect platform to help this happen.

Sam has also been a guest on BBC radio shows around the UK, including Johnnie Walker’s ‘Drive Time’, and BBC Radio 4′s ‘Excess Baggage’…

He is co-host of Adventure Rider Radio RAW show. Hosted by Jim Martin, the show is recorded monthly with a panel of 5 highly experienced overlanders from around the world. Listeners submit topics for discussion. RAW has been described by listeners as akin to sitting around a giant kitchen table with the team, beers, wine and coffee in hand, discussing motorcycles and travel; there’s controversy, challenging ideas, and plenty of banter!

Sam’s first solo trip was when he was just 16 years old, and his major trip was a seat-of-the-pants backpacking voyage of discovery across Europe, India and Australia, which often saw him down to his last $10. On arrival in Australia, no one asked him if he had any money and a return ticket. He had neither. What was needed, he earned along the way and this he says was a great learning experience.

I suspect that without it my subsequent adventures would have been far less rich experiences. My biggest lessons were attitude and priorities. The three-year trip taught me that the world is an incredible place full of amazing people. 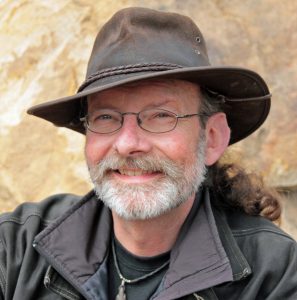 Back in the UK, but wanting to do something completely different, Sam learned to ride a motorcycle and within 3 months of starting to ride, he set off to travel the length of Africa. This one-year trip turned into an eight-year, 200,000 mile, motorcycle adventure across 55 countries around the world. His four books Into Africa, Under Asian Skies, Distant Suns (Southern Africa, and South and Central America) and Tortillas to Totems (North America) vividly describe this epic journey. The Daily Record says, ‘Few travel writers can conjure up sights and smells so provocatively as Sam.’

Sam met his partner Birgit in New Zealand in year two of the trip, and she joined him for the latter four years across Africa (again), South, Central and Northern America. She was travelling by bicycle when they met, but transferred steeds to ride her own motorcycle, a 1971 BMW R60/5. Sam’s motorcycle is still his main means of transport.