By Sam Manicom on April 1, 2020 in Miscellaneous

It’s about keeping your eyes open, trying something new, being determined not to be defeated and pure luck! It’s also a story of how I was incredibly slow off the mark. 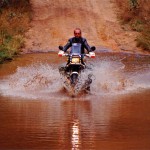 I need to give you a little background history first though. I’m best known for being fortunate enough to spend 8 years riding my trusty BMW around the world. When I set off I’d literally passed my test by a few weeks. I celebrated 3 months on a motorcycle the day I made it to the Sahara. Sometimes the phrase ‘Ignorance is Bliss’ is highly appropriate but I went into this with my eyes wide open and trying to muster up as much common sense as I could find.

The plan was to ride the length of Africa, hopefully! As a novice I wasn’t sure if I’d make it past country number one!

Eight years and six continents later the trip finished at home in the UK. Back in the UK I had a stroke of luck. I realised that I’d been away so long that both I and the UK had changed. It helped my sanity to think of the UK as being ‘just’ another country on the trip to explore; one that I’d be staying in a little longer.

With Peter Henshaw, the editor of Motorcycle Sport and Leisure and their readers encouraging me, I sat down to both learn to use a computer and have a go at writing my first book. To my amazement Into Africa was a success and over the following years my next 3 books were published. And that’s the background history. 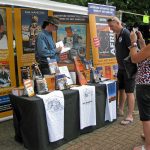 When book signing at shows such as Motorcycle Live, I came to realise that many of the people who told me they couldn’t read, weren’t lacking in education at all. Leastways, not in the way the cynic in me had thought. The reality dawned with a thump in a conversation with a Gore-Tex clad motorcycle enthusiast. He was dyslexic! No wonder he couldn’t read. He told me that he was a motorcyclist because he didn’t have to read to enjoy an amazing hobby.

I’d been chewing over the thought of trying to make audio book versions of my books, but the idea had stayed in the back of my mind – priorities had taken over. But the idea didn’t go away, and in fact simply needed something like this to turn it from a vague idea into a serious hunt for information.

A favourite saying is ‘Mountains are stumbling blocks to some, and stepping stones to others’. It keeps things in perspective. I started off by making a list of all the recording studios I could find in the UK that recorded books. The more I found out, the more I was tempted to be daunted. 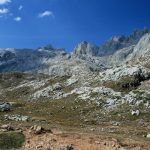 My stumbling blocks were that my books are not published by a mainstream publishing house and as such at the time, Audible and i-Tunes wouldn’t accept a recording. I understood that. It was a way of keeping half-hearted recording attempts off their lists. I then discovered Open Book Audio. They had set themselves up as a solution to this problem. If an author could get a good enough quality recording to them, they as a recognised publishing house would do the rest!

Great. Problem one solved, but I still couldn’t find a recording studio prepared to work with me. It didn’t matter that I had 4 books out and that all were, thankfully, doing nicely review and sales wise. Those studios that bothered to reply at all, told me that as I wasn’t an actor or a professionally trained narrator, they weren’t prepared to work with me. I understood their perspective.

It reminded me of the days I was attempting to get my first paperback book published. Most publishers didn’t reply. I’d saved two of the big travel book publishers until last. I was hoping that I would have learnt enough by the time I submitted to them to have a maximum chance of success. The envelopes went in the post… The weeks went by… I feared the worst. 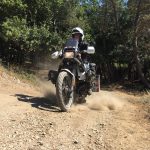 Then, in the same week, I received two refusal letters. A huge disappointment at first but then I paid real attention to what they said. Both were saying that they liked my book, but that as I wasn’t a media personality they wouldn’t sell enough copies to make it worth their while. They thanked me and signed off. They liked my book! A tingle of delight shot through me. Refusals maybe, but these were real compliments and anyway, they were right. I wasn’t a media personality. I was an ordinary guy who had been out and lived life to the full.

I spent the next year holding down a day job renovating semi-derelict houses and having the manuscript professionally edited. At the same time I learnt how to self-publish. ‘Vanity Publishing’ was on the way out, ‘Self-Publishing’ was in, and before long ‘Inde Publishing’ would become a recognisable and valued form of publishing.

The hunt for the chance to publish my books as audiobooks made me feel as if I’d come a full circle but the publishing experience had taught me to follow my instincts.

I really wanted to narrate the manuscripts myself; I was sure that I would be more genuine than even the best narrator or actor. After all, I’d been the one thrown in jail, I’d had the 17 bone fracture accident, I’d been the one riding the incredible Carretera Austral, and I had been the one to have ‘that’ moment where everything lined up in the world and I knew exactly why I was doing the trip. I wanted to read the books myself, but I was fast approaching the end of my list of recording companies.

So far in this tale you’ve had, ‘keeping your eyes open, trying something new, and being determined not to be defeated.’ Now for the pure luck aspect, and that happened while sitting having breakfast in London’s wonderful Ace Café. 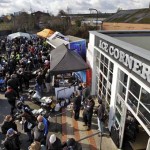 Many of the tables in the Ace are bench tables and you end up sitting next to strangers; I enjoy that. We are all interested in motorcycles or at least petrol engines. The stranger next to me this time was called Roger and he and I got on like a house on fire. After about 10 minutes he said to me, “You’re Sam Manicom aren’t you?” “I’ve read your book Into Africa and loved it. Have you ever thought about turning it into an audio book?”

This was one of those oh so clichéd ‘crossroads moments in life’. Tell Roger the full story of what I’d been attempting for nearly two years? Or say, “What a great idea. Thanks for the suggestion.” 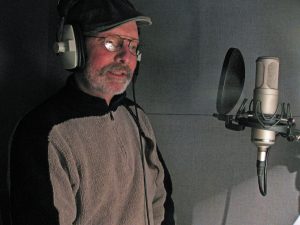 We’d been getting on so well I felt I could tell him the fuller story. He listened quietly and intently as I told the tale of doors knocked upon. He then put down his knife and fork and looked at me. “Sam I own a recording studio. Come up to Kite Studio. We can try the first chapter. If you are rubbish, it’ll be my pleasure to tell you so, but at least you’ll know.” The latter was said with a wry grin. The next stages are now history.

A huge thank you to Roger for taking me on, and for teaching me the ropes. The more I learnt, the more I understood the recording studios mind-sets.

When you listen to my audio books; Into Africa, Under Asian Skies, Distant Suns and Tortillas to Totems each takes you through different continents of the 8 year journey, I hope that knowing the background gives a depth that most listeners won’t have. I hope you’ll also enjoy the sense of triumph with me. That old saying about ‘Nothing in life being worth having unless worked for‘ rings true in this situation doesn’t it.

A story of travel and changing mind-sets, and of keeping your eyes open, trying something new, being determined not to be defeated and pure luck. It’s a mighty fine combination. It’s a tale of life. To my delight I regularly get thumbs up feedback from people who struggle with dyslexia. Most have had to get someone else to tap out the email to me!

I’m also delighted that those who have no sight or are partially sighted are enjoying them. One woman wrote to me, ‘Sam, I’ve never been able to see but you have shared the world with me. Thank you.’

I sat humbled and hugely grateful for all the things I have in my life that are so good. Thank you for reading and listening with me.

All my Audio Books are also available on i-Tunes. 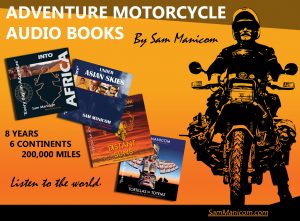 From Audible and i-Tunes