By Sam Manicom on December 16, 2016 in Miscellaneous

This morning I’ve been rather appropriately distracted from what I should be doing, by an article on holiday time. Distracted? It got me thinking about cultural differences. Let me explain.

Every time I’m lucky enough to get over to the USA, I’m confronted by significant cultural differences. Wonderful! After all that’s part of the joy of travel isn’t it. But one of them makes me feel a combination of gratitude, and a sort of guilt.

The difference is the amount of holiday time people get, or should that be don’t get! Many people in the US don’t even get 2 weeks holiday! And there seems to be a fast growing culture that’s expecting people not to even take the 2 weeks! That’s grim!

But then, I’ve travelled in countries where there are no holidays at all. Or perhaps just one or two days for religious holidays… 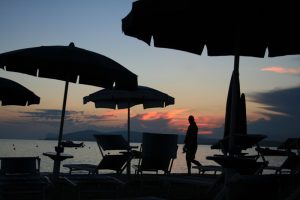 In the UK, it’s unusual for people’s allowance to be less than 4 weeks. Of course there are exceptions to the rule. Take those who are self-employed for example, but for the greater percentage by far, 4 wonderful weeks are the norm.
Many people even get 5 weeks, and of course there are national holidays that get added to those.

This means time for physical and mental batteries to be recharged. Time for family, and time to explore the UK – across Europe too. The possibilities are great. Though I’m sure that friends in the UK will agree that even 4 weeks inevitably don’t feel like they are enough!

From a motorcyclists point of view 4 weeks are even enough time to ride across to the Balkans to explore or to scoot on down into North Africa. Morocco? The closest people can be to home where everything sounds different, tastes different, smells different and looks different. It’s an eye-opener! Wonderful.

Perhaps Morocco to us is what Mexico is to Americans? Just a sideways thought there. But I’m digressing! :)

There’s a hard and fast holiday rule in mainland Europe, and mostly people seem to get 4+ weeks. But is this on the change? News reports seem to bring the subject up more often… And is a decrease in holiday time a healthy thing? I really don’t think so!

What about those physical and mental batteries? What about the opportunity to learn? Is the decrease in holiday time all about the fat cats getting fatter and about dumbing people down? Work them so hard they have no time to think, to learn, to gather experiences that give perspective?

If that’s the case, then the fat cats should realise that perhaps they are breeding a revolution out of discontent. The beauty of the internet and the ease of modern travel, is that people constantly have tantalising snippets of ‘there’s a wonderful world out there’ put in front of them… Human curiosity is a fine thing isn’t it.

This is the article I found this morning. It’s from UK Business Insider. With an ‘unwashed’ quirk… It talks more on the subject of holiday allowances.