Last night I sat in a car park, thinking. Thinking about the happenings in Paris and the subsequent posts I’ve been seeing on Facebook, the reports in the newspapers, the bulletins on the radio and the reports on the TV. I was also thinking about what seem like blind almost panicked warmongering comments from too many politicians. “I don’t know how to handle this situation but I’m supposed to do something! I know, I’ll do all I can to scare people and then I’ll suggest shooting some people. That’ll go down well.“ Really?

What has happened in Paris and other places in the world recently ARE horrendous, however… 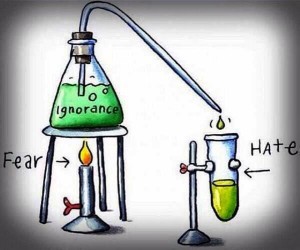 I’m really concerned by the level of flame-fanning that I’m seeing and hearing. Don’t these groups of people know how much damage they are doing, and have been doing for far too long? Don’t they realise that with the way they report on and respond to the situation they are doing exactly what the extremists want? The cynic in me says that yes they do, but they simply don’t care. Perhaps they are too ignorant to think further than knee-jerk reactions?

In the audience of a presentation I did once was a well-known reporter from a broadsheet newspaper. When I’d rounded up and we were into questions and answers, this man stood up and accused me of painting visions of Africa through ‘rose tinted National Geographic glasses’. “You aren’t being truthful about how horrific Africa is” he accused. I wish I’d been quick thinking enough to say to him that perhaps he should spend more time in the real world, talk to real people and learn about all the realities of the continent, not just its problems. Perhaps this is an issue for the media as a whole…

My biggest problem with unbalanced scandal and drama reporting is that I think very many people form their views on the ways of the world, from the media. Too many people don’t take the time out of their busy survival-mode days to dig deeper.

Those of you who know me a bit will know that I’m an optimist. Though I’m shocked by the level of ignorant hatred I’m seeing and hearing, I’m hopeful.

In between all of the misguided kneejerk venom spitting behaviour, I am seeing posts of reality. I’m seeing posts and Tweets where people are writing words to the effect of, ‘Now hold on a minute!!!!!’

I’m proud to know so many people who are enlightened, open-minded, realists who ask questions and don’t ‘spout’.

The world is not perfect – but the greater percentage of it by far, is awesome!

Things don’t go right all of the time – it’s how we deal with those times that matters.

Not all people are good – a very, very small percentage are bad. What matters is what we do with this awareness.

I should say that I have only ever once met an overlander who hated the local people he’d met while travelling. Everyone else I know has come home with skyscraper high tales of hospitality, generosity, warmth, humour and honour.

To those of you reading this who are inclined to make angry comments, could I ask you to think first. Are your comments based upon fact and balanced? Are your comments going to help the situation, or make it worse?

Should you be concerned…
Now to post something with a huge smile.